MAUREEN HAS BEEN NOMINATED FOR A

BEST ACTRESS AWARD FOR HER 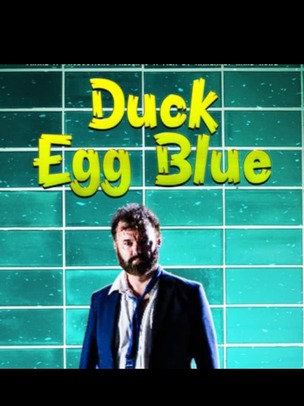 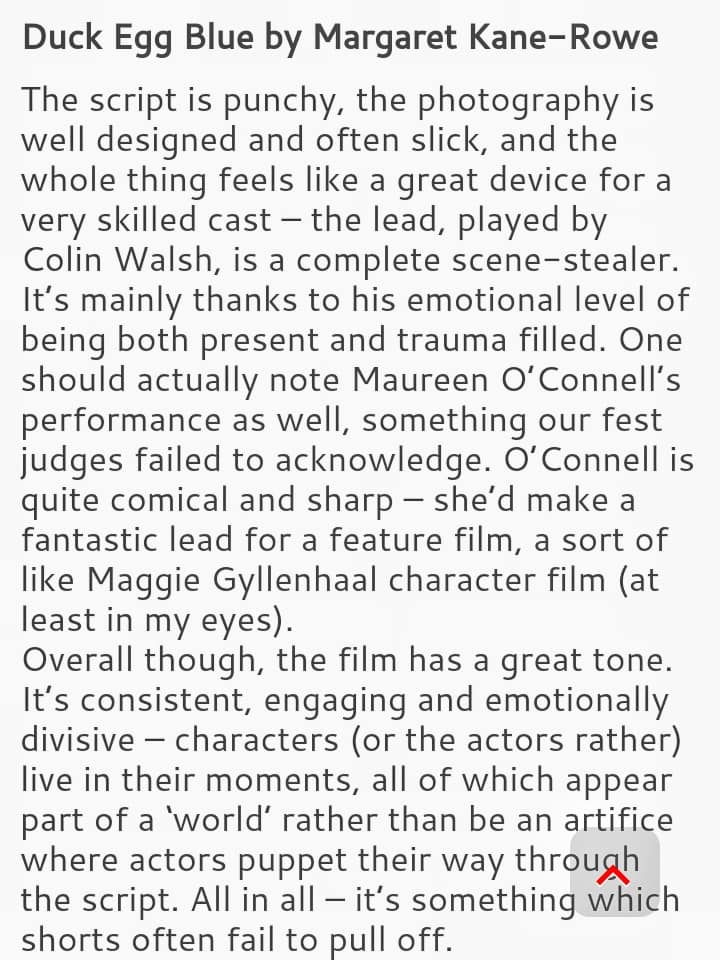 I feature in the 'MEMBER IN FOCUS' issue this month.
VERY GRATEFUL TO THEM! 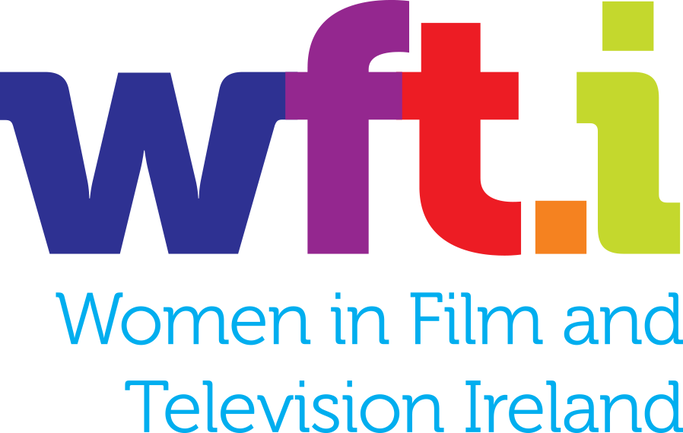 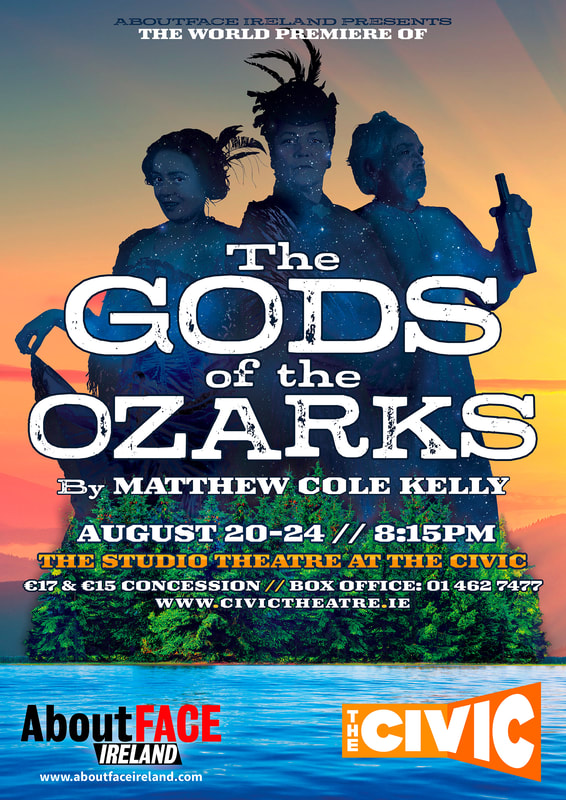 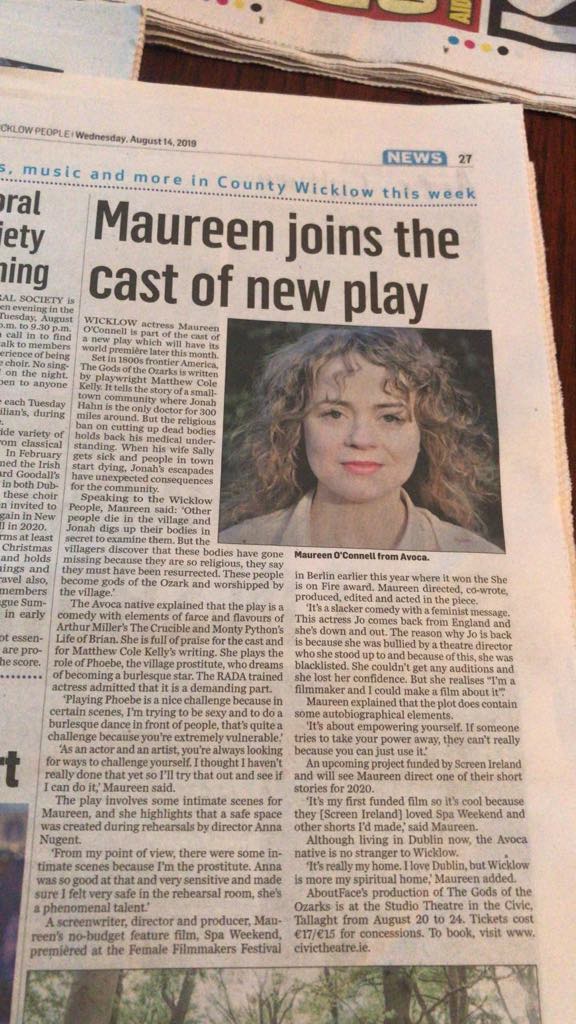 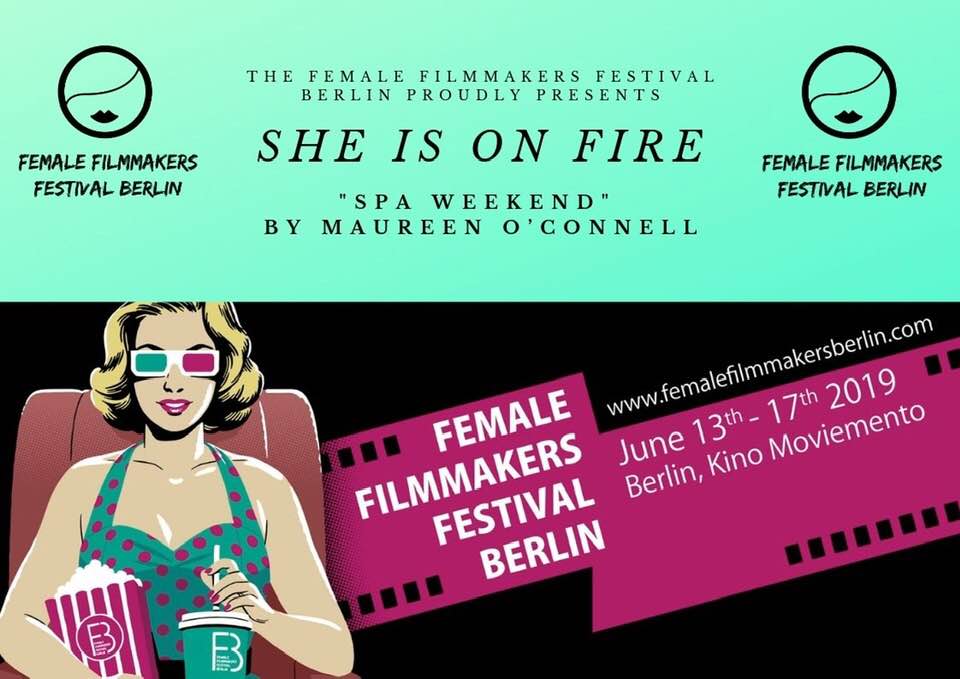 AWARD-WINNING WORLD PREMIERE OF SPA WEEKEND AT THE

SPA Weekend won the
​
SHE IS ON FIRE
Award

Mo O'Connell is the lead actor alongside Steven Neeson in this award-winning indie feature film. 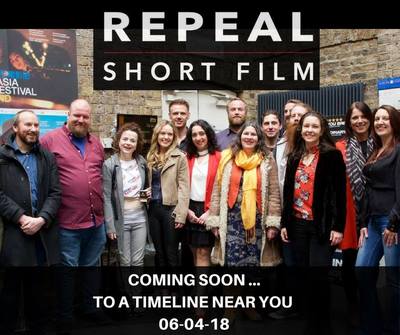 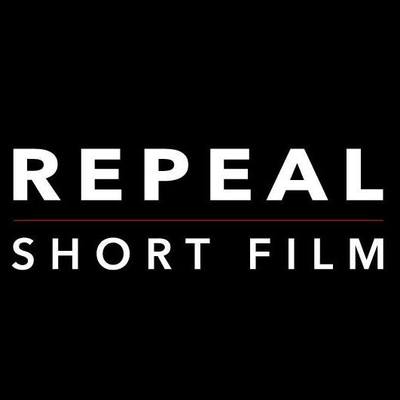 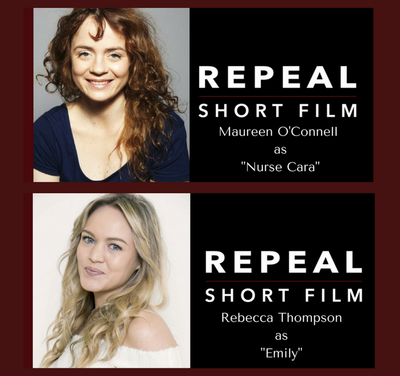 If you do not have the time, here is a trailer.

Click here for an interview with Karl Callan for CinÉireann film magazine.
​
And here are some reviews.

GirlCrew.com
"While each stories plays out in its own way. It’s the smaller reactions, particularly in the face of Nurse Cara, played by Maureen O’Connell, that ground the film. While the male doctors talk logistics, she is the one faced with telling the family. She is angered by the decision to allow the situation to continue, but attempts to protect her patient are futile..."


CrippleBaby.com
"Unlike other films, it's not easy to get lost and forget these are real stories. I have to say that I'm rarely impressed with Irish actors or Irish productions (soz, RTÉ). Like many, I find a good chunk of Irish TV cringe, to say the least. So I was very inspired with the portrayals in this short feature. At only just over twelve minutes long, the director has managed to capture the true issues at play with the 8th amendment in a passionate but realistic manner. There's no overacting, but also no holding back. It's simply real experiences laid bare in all their gritty truth."

Her.ie
"The filmmakers pulled no punches in exposing some of the shocking consequences of the restrictive abortion laws and the result is a powerful and devastating indictment on how Ireland treats pregnant women....The film was produced by Karl Callan, Aaron McEnaney, Sofia Bwcka and includes a cast of Irish actors and filmmakers involved in Ireland's thriving film scene notably Maureen O'Connell (writer/director of Proclaim!, an award-winning short film) and Lynette Callaghan of Raw and The Clinic fame."

***** from the Daily Mail's Patrick Marmion : "...Niamh Cusack is, moreover, nicely offset by the levity of Maureen O’Connell as her quizzical daughter Mary...This production delivers a raw and revelatory reading, and deserves to live on after its runs in Bristol and Liverpool..."
**** from the Telegraph's Dominic Cavendish : "...The cast fully inhabit this comfortless landscape and the complexity of their parts...an inspired production..."
**** from the Bristol Post's Gerry Parker : "...There was excellent support from Maureen O'Connell as the ill-fated daughter Mary..."
**** from the Stage's Jeremy Brien : "...A fine revival of O’Casey’s masterpiece..."
**** from Whatsonstage's KrisHallett : "...Gemma Bodinetz has brought strong performances from her cast...A charming performance from Maureen O'Connell as Mary and Donal Gallery as brother Johnny. These two have the more dramatic scenes but work well together alongside veterans Niamh Cusack and Des McAleer who play Juno and Jack..."
**** from the Independent's Alice Hancock : "...A timely play about religion, unemployment and women’s roles..."
**** from Michael Billington's The Guardian : "...classic with the twinkliness stripped away..."
**** from the Public Review's Abbie Rippon : "...The cast’s stellar performances portray light and shade throughout each act echoing the dark days and sporadic moments of joy and comfort that the character experience throughout this bleak and fearful time in Irish history...This production is a beautiful, emotional and truthful piece of theatre which encapsulates the human reality of a very dark period in Dublin’s history..."
**** from Bristol-Culture.com : "...They are well-supported by a strong ensemble cast in particular siblings Mary (Maureen O’Connell) whose fall from grace is tragic..."
**** from MadameGuillotine.org.uk : "...Meanwhile, his more frivolous sister, Mary, beautifully played by Maureen O’Connell..."
**** from The Times : "... Gemma Bodinetz’s staging, a co-production by Bristol Old Vic and Liverpool Everyman and Playhouse, pungently evokes lives lived permanently on the brink of calamity..."
**** from Guide to Bristol's Claire Hayes : "...Every performance was strong, but particularly those delivered by Niamh Cusack and Des McAleer as Juno and her husband, Captain Jack Boyle; Maureen O'Connell and Donal Gallery as their grown-up offspring Mary and Johnny; and Louis Dempsey..."
**** from Sevenstreets.com's David Lloyd : "...This shocking and excoriating production leaves you in no doubt, in the turn of a shilling, we could all so easily become fools of fortune..."
**** from Liverpool Confidential : "...the ensemble gives polished performances in a play that condenses many themes of its day..."
**** from theftr.co.uk : "...Niamh Cusack might have been born to play Juno. She is matched by Des McAleer as Capt Boyle, with Louis Dempsey as Joxer, Aoife McMahon as Mrs Madigan, Maureen O’Connell as Mary and the rest of the musical cast..."
**** from merseysidemagazine.com : "...Maureen O’Connell and Donal Gallery are also excellent as Mary and Johnny..."
**** from deborahharvey.blogspot.com : "...the supporting cast members - in particular, Maureen O'Connell as the ill-fated daughter Mary and Donal Gallery as her brother Johnny - were excellent..."
**** clickliverpool.com : "...Juno and the Paycock which is currently running at The Liverpool Playhouse is an absolute triumph...Niamh Cusack and Des McAleer, as one might expect, are exemplary, yet it is two of the younger players who come very close to stealing even these two’s thunder. As critically injured Johnny, Donal Gallery turns in a performance of such natural, self-effacing powerful bitterness he is impossible to tear your eyes from. Added to this is the clear talent that emanates from Maureen O’Connell as the tragic Mary, who manages to invoke both empathy and sympathy in a performance that crackles with tension..."
**** from Wirralglobe.co.uk : "...There are solid performances from Maureen O'Conell as Mary and one-armed freedom fighter Johnny, courtesy of Donal Gallery..."

TRAILER FOR JUNO & THE PAYCOCK

CAST TALK ABOUT THE PLAY 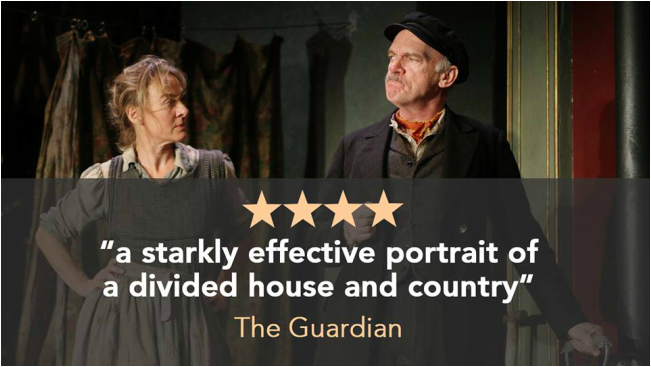 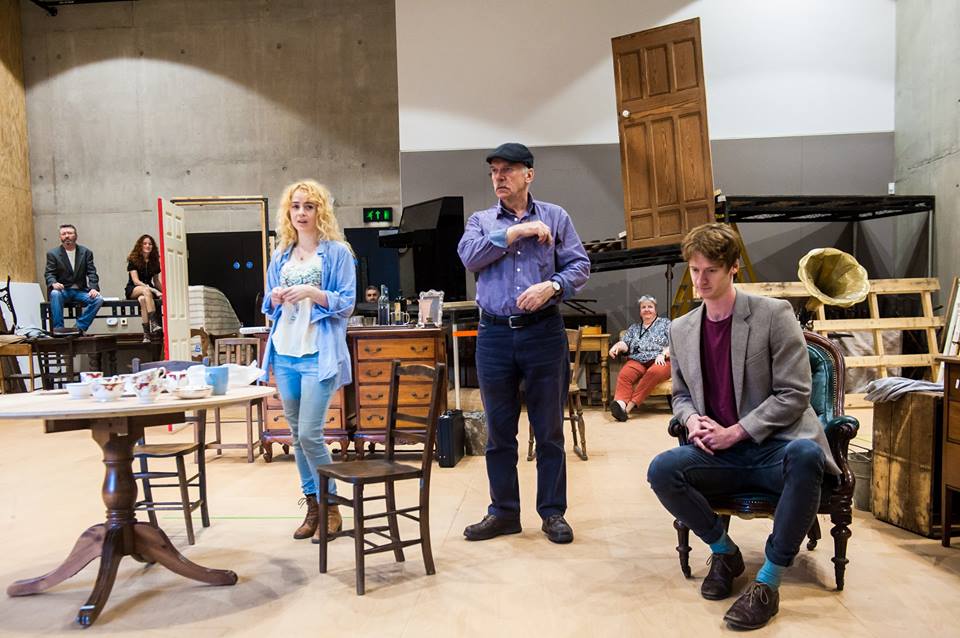 ﻿A Handful of Stars﻿ 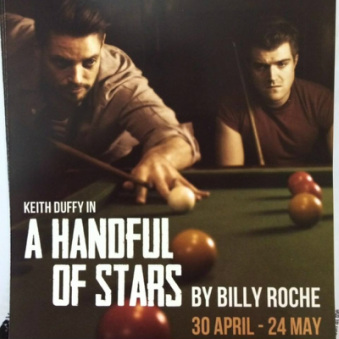 ﻿****﻿ from the ﻿Telegraph's Dominic Cavendish﻿ : "...a glorious revival... with fine acting across the board.."
**** from the Evening Standard's Henry Hitching : "...It's a tender piece that probes the quirks and frustrations of small-town life... Maureen O'Connell's gutsy Linda..."

**** from The Times' Kate Bassett : "...Thrillingly, the cast almost seem to almost bulge into the auditorium..."
*** from Time Out's Daisy Bowie-Sell : "... Robinson's production evokes the stagnancy of the place very well...amid a good cast..."
*** from WhatsOnStage.com's Miriam Zendle : "...an evocative Maureen O'Connell..."


The Stage's Honour Bayes : "...Even Maureen O'Connell as the feisty Linda has balls, or whatever the female equivalent is..."

The Younger Theatre's Hannah Tookey : "...a slick and pacey production... Maureen O'Connell, Colm Gormley and Michael O'Connor make up the rest of this strong ensemble..."

SoSoGay.co.uk : "...Leading the way as the only female member of the cast, Maureen O’Connell also holds her own as the feisty Linda, giving a raw emotional turn towards the climax of the play..."

British Theatre Guide : "...It is as clear that the pair love each other as that their passion is doomed. Linda is after a quiet life, Jimmy is mildly psychotic and seems desperate to fulfil Conway's prediction that he will come to a bad end. Her eventual meltdown in the face of undue provocation gives the actress a brief chance to shine..." 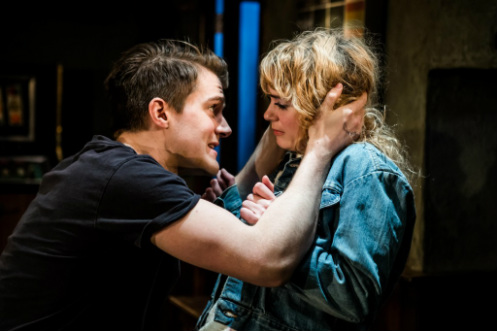 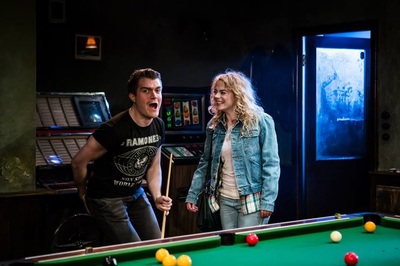 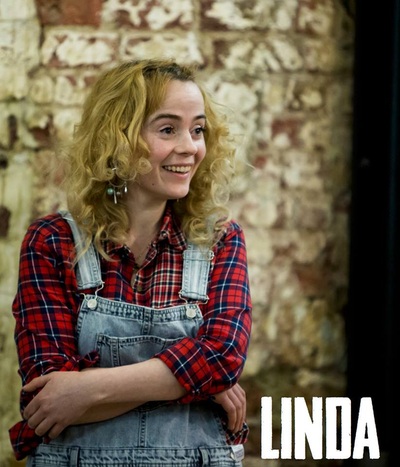 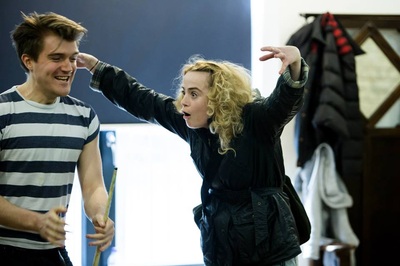 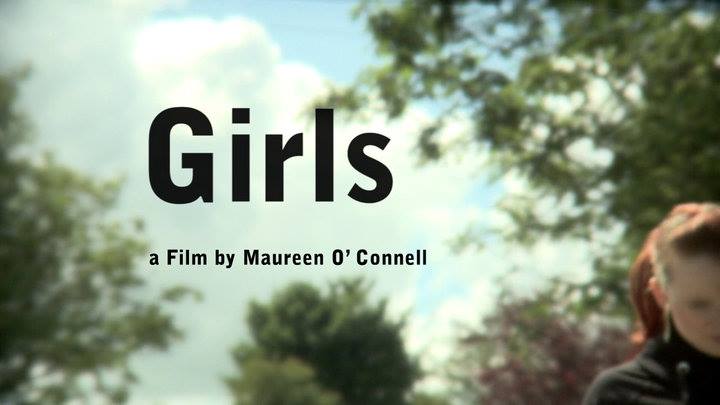 An excerpt: "...The film builds quietly toward a surprising viciousness that seems very real. O’Connell darts around the action like she’s making a documentary. She works well with actors, somehow getting large groups of them to create scenes that are shockingly realistic and disturbing. There’s not a hint of awkwardness in her camera work. In fact, she seems, along with director of photography Arthur Mulhern, to revel in what I call the messy image. It is my belief that only people who seek out messy images can become great filmmakers..." 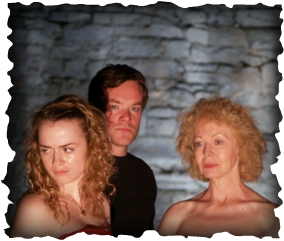 “…Of the many outstanding performances, Maureen O’ Connell is dizzying & discomfiting as the wild, defiant Cassandra. She jerks horribly like a thing possessed. O' Connell's skillful clarity & rage show a Cassandra that will not be conquered by any Greek soldier.”

“...and Maureen O’ Connell, one of the most outstanding performers in this play…” 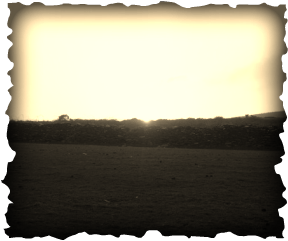 ﻿The Importance of Being Earnest﻿ 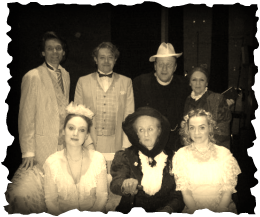 Daily Mail on The Importance of Being Earnest

www.skyarts.co.uk/theatre on The Importance of Being Earnest

“…Gwendoline (Sinead Murphy) and Cecily (Maureen O'Connell) were the best prepared and best delivered on the night. Gwendoline played Jack's sweetheart in a calm, measured way and with a winning smile. As for Cecily, the banter, the pouting, the flirting was all outstanding. She captured the charm of a bygone era when trivia mattered…” 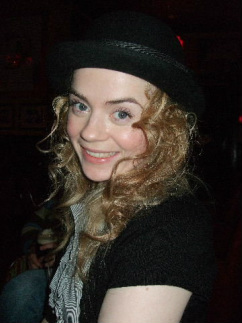 Rachel Andrews of The Sunday Tribune newspaper about the play, The Truth Game